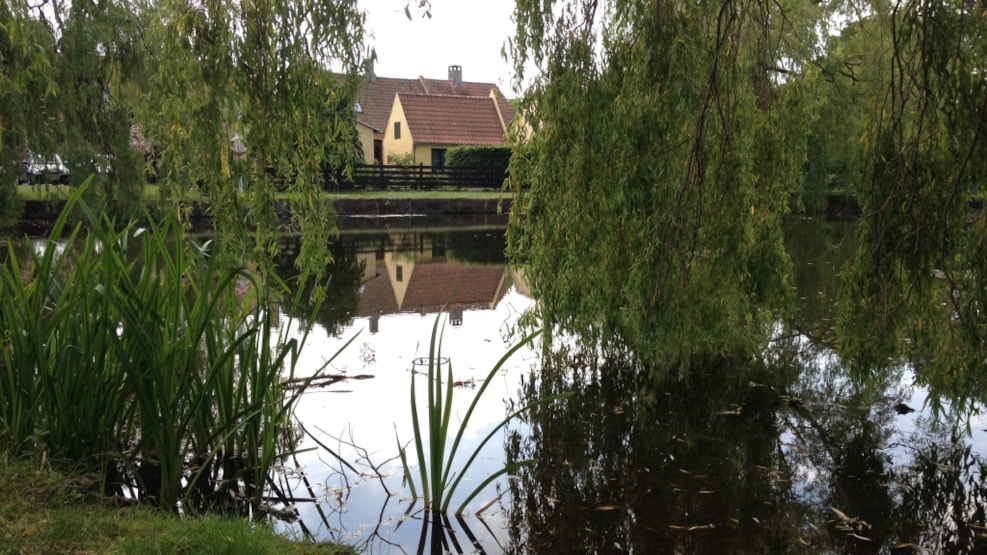 The small village Store Magleby, unlike other Danish villages, does not have a peripheral building of detached houses, so today it is one of the best-preserved village environment in Copenhagen: It still has some of the original village character with old road structure and agricultural land in almost all periphery.

Inside the village, green wedges between the houses and the farms, the streets and the planting of stunted trees along Hovedgaden and Møllevej help to characterize the city. There are still about 25 farms in the city, but only two farms - Amagermuseet Nordgården and Museumsgården - are today protected.

Buildings from the Dutch settlement period no longer exist. During the Swedish wars in 1658 the town was totally burned. Still, the old compact farm structure is clearly experienced.

After two major fires in the early 1800s, most of the farms were once again exterminated. Most were rebuilt in the village, but several were moved out into the fields and are still seen in the open countryside.

In August 1957, Amager Country Road, which Store Magleby was supposedly at the end of, was cut in connection with the expansion of the airport, and Englandsvej was led in an arc outside the airport areas and came to cut Store Magleby in the middle, giving a splitting into a northern and a southern part.

If you have a good time, watch the movie about Store Magleby 1960-1968, which Dragør Lokalarkiv has posted on youtube.