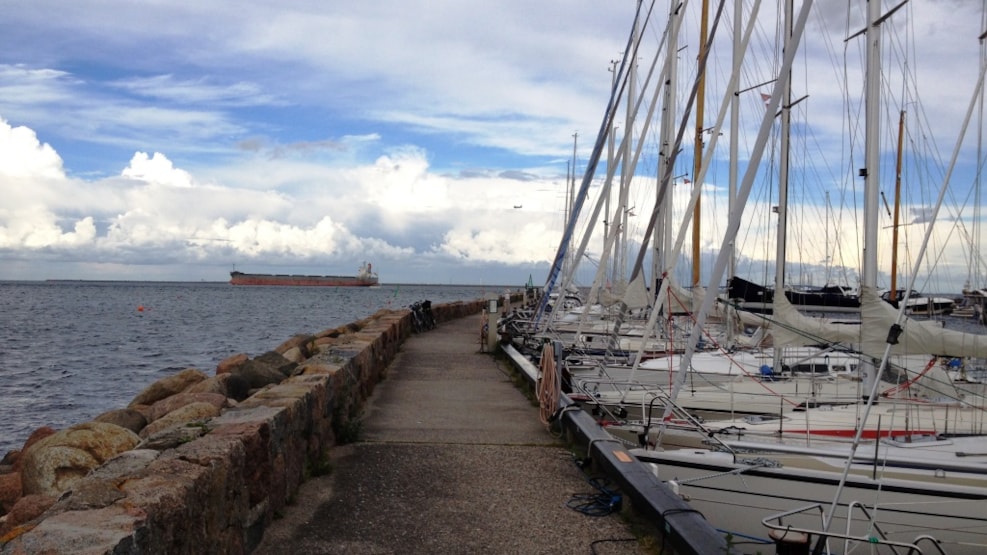 Northern Pier occurred around 1600 when the Dutch in Store Magleby had also started fishing eels on the west side of Amager and needed shipping of both eels and horses.

They were allowed 'by the Crown's Meditation' to build a smaller port facility, a 'Pehrstette', which today is the Northern Pier. It was after the construction of the pier that the city slowly grew out of almost nothing because fishermen moved to the city.

The Northern Pier has been extended over several laps, today it is 331 meters long measured from the customs residence - and on the way out of the pier you pass both the Kolera Building built during the England war (1807-1814), the Quarantine House from 1831 (later a Customs Residence) and a warehouse. from 1863. Today the three houses are used by maritime clubs.

If you go all the way to the end of the Northern Pier, you have unobstructed views of the belt and the harbor entrance. There are benches and shelters so you can enjoy the sun even though the wind is in the north.