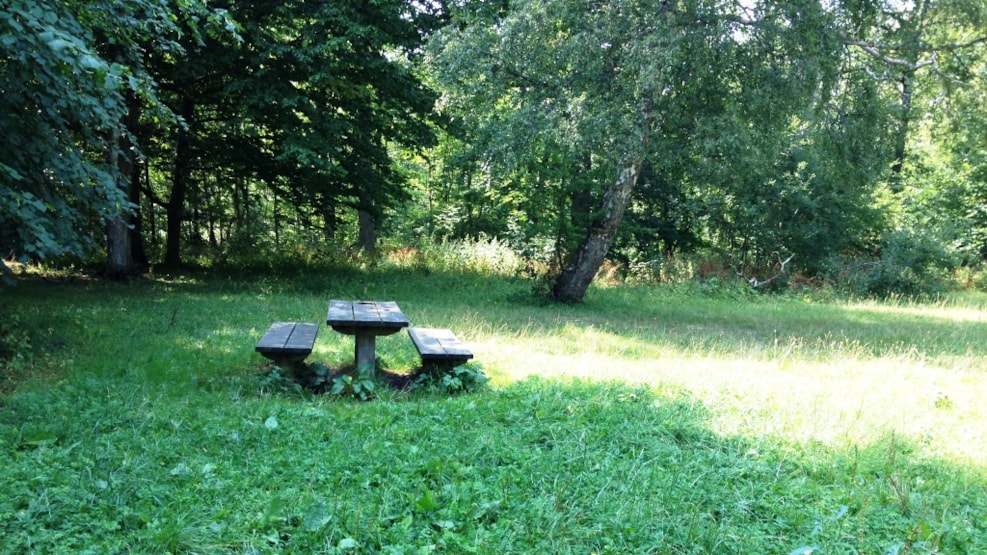 Kongelunden is a popular excursion destination at Amager: Here you can bike, ride, spend the night, walk the dog - and people with disabilities also have good opportunities to get around. There are also campfires, tables and benches in several places in the forest.

Something special about Kongelunden - in addition to the 150-year-old oak trees and the 300 different species of birds that live in the forest - are 'the special birds': The airplanes, which lighten and land at Copenhagen Airport, come straight over the wooden crowns. It is part of the special charm of Kongelunden: The forest may be used by both birdwatchers and aircraft spotters.

You can also eat by nature in Kongelunden: In the spring you can pick ram bulbs, especially in the western part towards Hestefellow. There are also shelf flowers and berries, mirabels, meats, chestnuts and mushrooms - you have to pick for your own consumption.

Until 1818, there was no forest on Amager, but that year Jonas Collin, president of the Royal Copenhagen. Danish Landholdholdsssselskab, persuaded the farmers in Store Magleby to plant forest in their common pasture on the southern tip of Amager. There was a shortage of firewood after all the forests on the island were burnt down during the Swedish wars back in 1658-60.

In 1830, 800,000 trees were planted, mostly oak, which can withstand the moist soils - the groundwater stands high - and the forest is named Kongelunden.

In 1845 Christian purchased the 8th forest for 20,000 dollars. He is particularly interested in the wild pheas that are being bred in Kongelunden. At that time, the pheasant was a rare and exotic bird.

Kongelunden was also a popular destination for the Copenhageners at that time, and in 1848 the Royal Theater performed the vaudeville 'A Sunday on Amager' with the hit song 'In Kongelunden the wedding stands', which was a tribute to Kongelundskro, which was in the middle of the forest. today is parking space.

During the pub's heyday, there were hundreds of people on Sundays, but in 1952, the non-performing tavern was demolished. Today, there is a Kongelundskro at the southwest corner.

Oak is the most common tree in Kongelunden, but you will also find fir, birch, ash, forest fir and red fir and beech.

An oak forest is light to move in and provides plenty of space for other vegetation. In Kongelunden, for example. shelf, beaten, wild apples, quail and mirabelle, all of which bloom white in spring, where it also burrows into the forest floor with warts of milk and marigold and large quantities of ram onions. Then the anemones take over.

In recent years, 8,000 chestnuts have been planted, as are walnuts and hazelnuts as well as chanterelles and pipe hats in the forest. Remember that you can only take in the forest for your own consumption - it is similar to what you can have in a carrying bag.

There are also rare plants in Kongelunden and on the meadows down to the water. One of them is the firecracker cnidium dubium, which is known only from beach exaggerations at Amager. It is white, has many screen rays and small, almost spherical fruits.

There are quite a few pheasants in Kongelunden. They originate from the pheasantry created in 1840 - Europe's first wild pheasantry, where they created such good conditions for the wild pheasants that they bred and reproduced so that the king could go on a pheasant hunt with his generous guests.

There is also a smaller stock of deer. They were originally set out on Vestamager in 1960 and 61 and from there have spread to Kongelunden where they thrive. The best time to see them is at dawn and at sunset. But it requires being quiet. There are also foxes and hares and lots of mice.

It is estimated that there are over 300 different bird species in the forest, which thrive in the dense undergrowth - you can hear both nightingales and forest singers in the spring and early summer. From the bird tower in the southern part of Kongelunden the sky can be black of migratory birds.

There are also rare insects and butterflies in Kongelunden. Read more about the plant and animal life of the forest here.