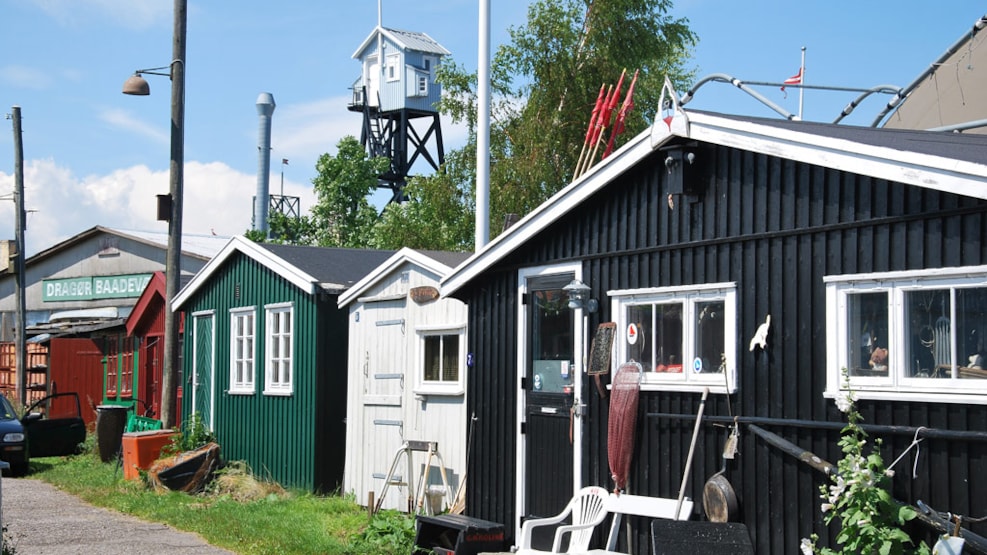 In the Christmas calendar Time travel, one of the main characters, Dixie, lives in Kapselstræde.

The name Kapselstræde is not quite official, but a sign in the alley behind Dragør Shipyard proclaims the name.

The name may have come about because the fishermen left the capsules when they needed a refreshment after the fishing trip - so the little road was eventually paved with capsules.

Both the Pilot Tower, the boatbuilding and the small, cozy scrub town with the 'main street' Kapselstræde are from around the First World War. Before then, the coast went almost all the way to the pilot building and the street, called Strandlinien, went immediately to the beach.

During that period Dragør Havn changed character. The time of the big sailing ships was over and instead the harbor was filled with fishing boats.

Today, however, the fishing fleet is of minor importance, but fishing in Dragør is still ongoing. The fishermen have their gear in the sheds.