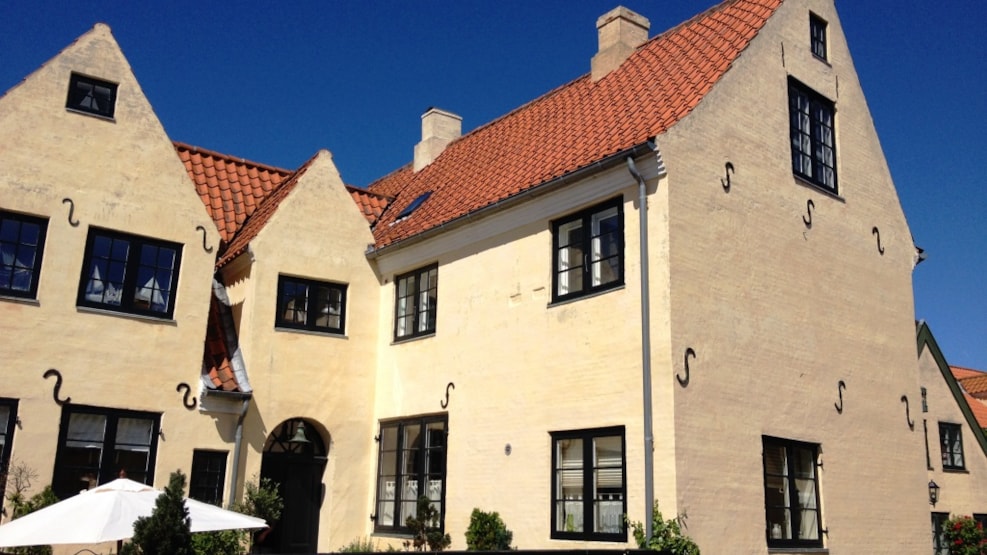 The city's great builder, Johan Heinrich Blichmann, stands behind Dragør Inn in Strandgade, which is the largest building in the old town.

It was erected in the late 18th century and rebuilt in the first half of the 19th century - it was granted an inn in 1721 by the city's then-current toll.

The visible S's in the house facade carry the beams in the construction, and the beautiful door on the corner of Strandgade and Magstræde is characteristic of Blichmann - it is found almost identical in several other houses.

Dragør Inn no longer functions as an inn, but has been converted into condominiums.