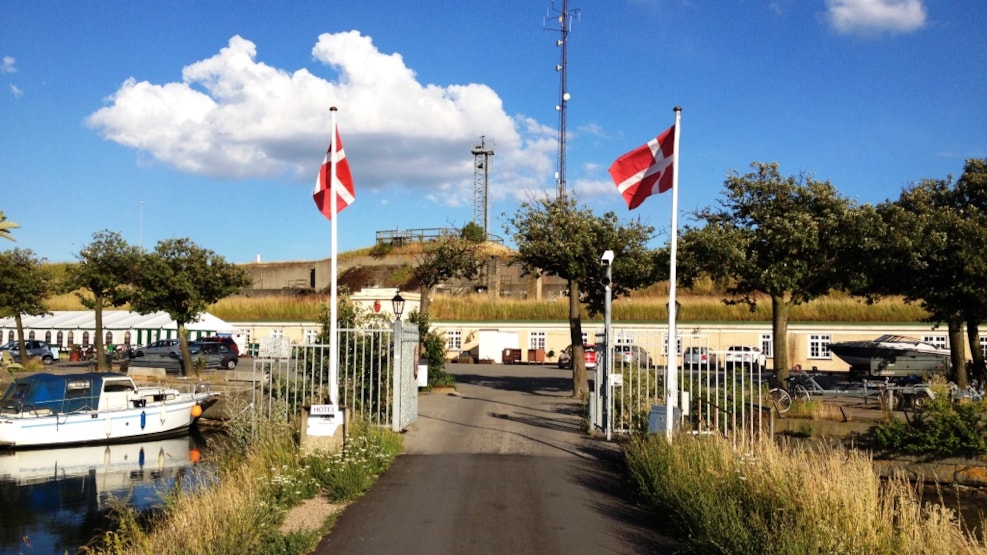 The fort was to prevent hostile landing on Amager and bombardment of Copenhagen as well as to protect mine barriers in the Drogden gutter.

The Germans used the fort as a shooting school during World War II, and in 1957 the Navy took over the fort as a naval station. From 1984 to 2001, Dragør Fort served as the Coastal Radar Station.

In 2001, the fort was purchased by a private restaurateur, and today it functions as a hotel and restaurant with team building facilities.

The fort is a private area with limited public access - it is not allowed to enjoy brought food and drink in the area.

The fort itself is surrounded by a wet tomb and a deck mole with boat seats.