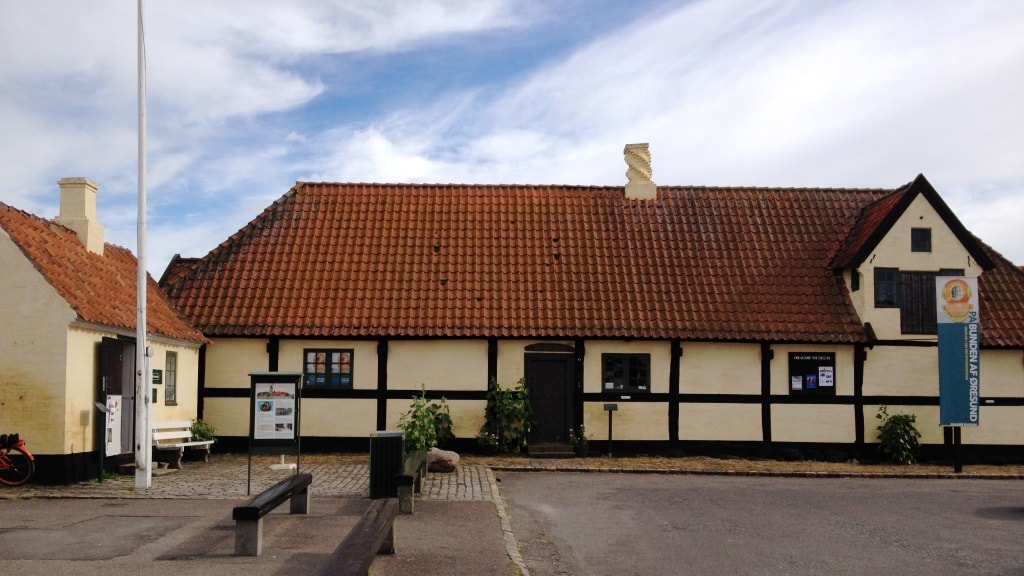 The building is believed to originate from 1753, when the town council decided to erect a house to accommodate a blacksmith and a harbor equipment warehouse. It is thus, together with the pitch house, the oldest building in the harbor. By 1810 the building had reached its present size.

The twisted chimney dates from the late 19th century. It is a popular myth that it is twisted to avoid inquisitive listeners should be able to climb up on the roof and hear and see what was going on in 'town house' during meetings.

The building was converted into a museum in 1932, where it was restored and a few small buildings on the south side were removed.