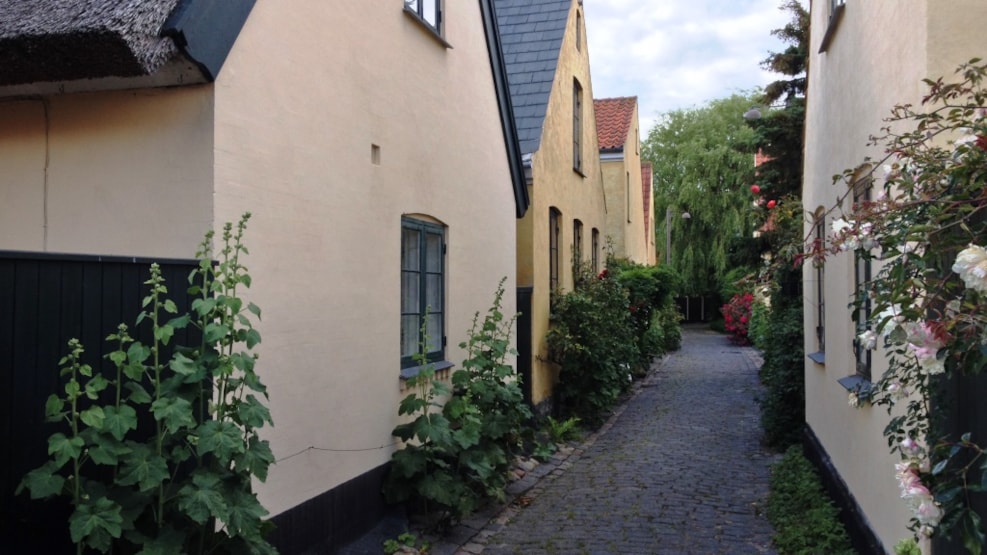 The houses in the old town are built in rows going east-west. To the south are the gardens of the houses, and to the south is the next house - which also has a garden to the south.

That pattern gives east-west Streets with planks on the north side of the street and house rows to the south, while the Alleys that go north-south and thus intersect the streets are adorned with houses that are gabled by gable connected by planks .

The very concentrated development is due to the fact that land was in short supply on the narrow stretch of coast that constituted Dragør. The surrounding areas belonged to the farmers on the two farms of the city, and they sat hard on the ground.

Especially in the period 1730-1760, the citizens of Dragør fought a battle to obtain a small piece of land to build a house on.